Some excellent work creating Anime characters both inside and outside of school this week. Connor’s has been particularly impressive, I’m not sure quite sure of the emotion of this character though! 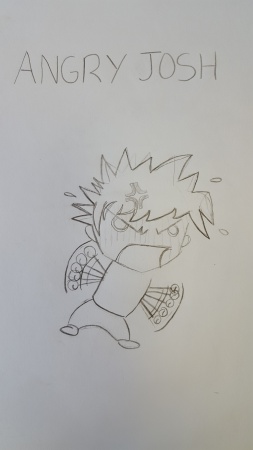 We are nearly at the end of Year Six’s time at Q.P.A. and I’d like to know your feelings and memories. What do you remember about your time at the school? What have you learned? Are you ready for the next step?

This is a huge craze at the moment. What are your thoughts about it? Is it safe? How has it changed gaming? What other game will follow the same mix of real life and computing? Is augmented reality the future?

Here is a link to a Newsround report all about the new game:

What are your thoughts about this? A picture that ties in our last two mini topics… 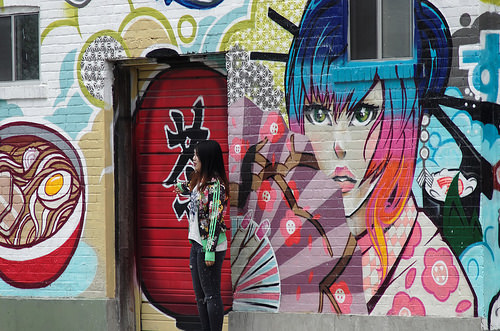 We have been lucky to receive coaching from an F.A. coach this term. The sessions have been highly enjoyable and have developed our football skills, even if sometimes we did not use footballs! Resilience was also shown by the fact that everyone carried on despite the bad weather.

With caution, I got up off of the rough surface and onto my feet to witness a shocking sight before my eyes. A cobbled, stone floor – with rubbish scattered over it – stretched out as far as I could see. Very few people were in the alleyway and those that were boldly strolling around were very smartly dressed. Despite the flickering lampposts that littered the street, little light coursed through the smog. Misty fog wrapped itself around my body as if it was trying to devour me. Dilapidated, wrecked houses beside the cobbles called out for repair. Some houses were being barricaded by men. The eerie atmosphere hung in the air like a child not wanting to leave its mother. A spine-chilling feeling ran down my body: I felt like I was being followed. Light had been forced out. The ghost-like darkness, which made me feel uneasy, could be seen everywhere. Where was I?

Yesterday, year 6 visited Hengistbury Head as part of our U.K. and coasts topic. We looked at the longshore drift at the beach and identified coastal defences put in place. We pointed out local landmarks and investigated the geology and erosion of the cliff. In addition, we explored the visitor centre. What was your favourite activity? What did you learn?